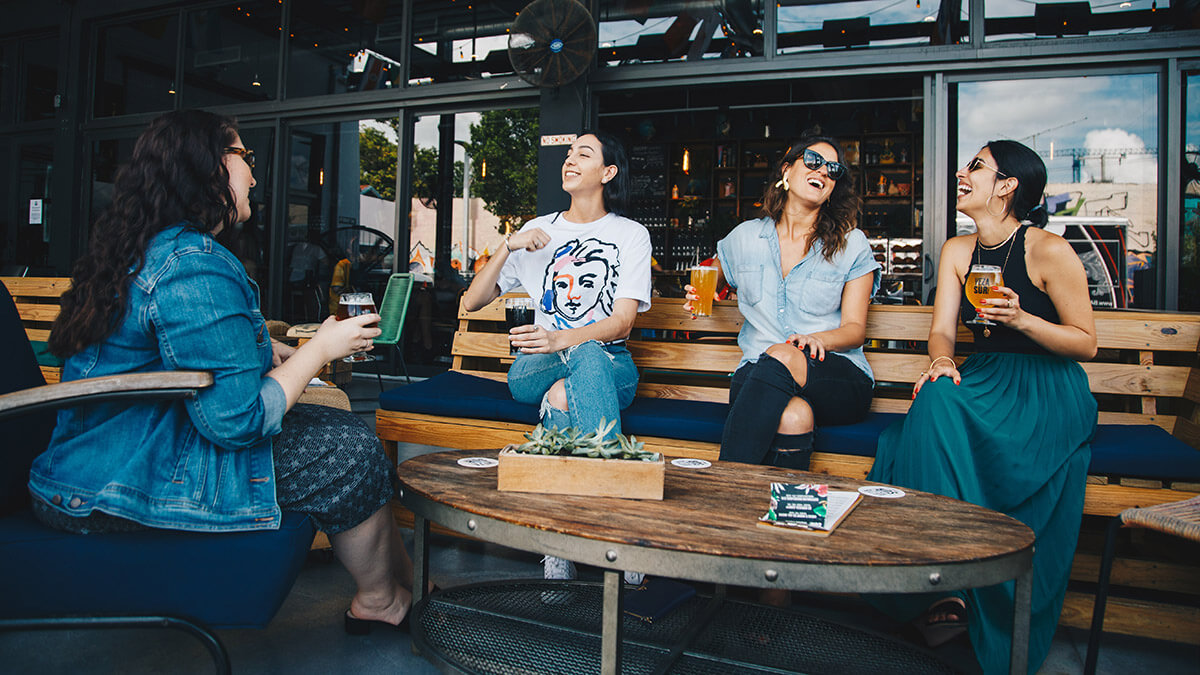 When you learn English, it’s only natural to want to speak with a good accent.

It’s much easier said than done. While young children who learn multiple languages usually learn speak each one with a native accent, it’s much harder for adults.

It’s not difficult to see why. When you’ve spoken your own language for many years, your vocal cords, mouth, lips and tongue will have got used to making certain sounds. When you begin to speak English, you will probably encounter sounds that don’t exist in your native language, meaning they are hard to pronounce.

The good news is that you don’t need a perfect English accent to be able to communicate fluently with others. Indeed, as long as you can speak clearly and understandably, having a non-native accent can even give you some advantages.

In this post, we look at why you shouldn’t stress too much about perfecting your accent – and give you 6 good reasons why you should embrace your own.

When you talk to a native English speaker for the first time, one of the first things they’ll notice is your accent.

While it can get a bit annoying being asked the same question by lots of different people, it does break the ice. That means you’ll never be short of things to talk about, making it easier to get to know people and to communicate with them.

Learning to speak a second language takes intelligence. If you are able to hold a conversation in English, people will be impressed. Even if your accent isn’t perfect, every English speaker you meet will know you’re intelligent. After all, you’ve managed to master their language!

3. Employers will know you work hard

Learning to speak English also takes a lot of hard work. You will probably spend thousands of hours working hard to become more and more fluent. Not only do employers value the skills of multilingual people, but they also value people who invest so much time in their personal development. Very few jobs would require you to have a perfect native accent: communication skills, not accents, are most important in the workplace.

4. You don’t have to choose a ‘native’ accent

English speakers have thousands and thousands of accents. People from the UK, USA, South Africa, Australia, New Zealand and Canada have different accents – and each country is home to lots of different variants. The great thing is that most of these accents are understandable to most English speakers. For example, someone from the North East of England can travel to the Southern states of the USA and be understood when they speak. They don’t need to adopt a southern US accent. In the same way, as long as your English is clear and understandable, why choose to speak in a specific native accent? It’s just not necessary!

English speakers adore lots of international accents, often finding them more attractive than their own. For example, this study by travel company Kayak found that British men found the French accent to be ‘the sexiest on the planet’. British women, on the other hand, most loved the Italian accent. A similar study by training provider TheKnowledgeAcademy discovered that people across the world found many accents attractive, including Spanish, Mexican and Brazilian Portuguese. You accent could help you find love!

Some English speakers are often very sensitive to mistakes in other people’s speech. If a native speaker makes a mistake like saying ‘there were less cups’ instead of ‘there were fewer cups’, another English speaker might assume that person wasn’t well educated. However, if you have a non-native accent, people will be much more accepting of your mistakes – and may even help you correct them!

7. Most English speakers don’t have a ‘native’ accent!

English is the world’s most popular second language. According to the 2021 edition of Ethnologue: Languages of the World, there are 978.2 million people across the globe who speak English as a second language. That’s compared to 369.9 million for whom English is their mother tongue. In other words, more English speakers don’t have a ‘native’ accent than those that do! Wear your accent as a badge of honour for all the hard work you’ve put into learning English.

Embrace your accent by speaking English

Embracing your accent can be a smart move if you are learning English. It can help you meet people, create a positive first impression and improve your job prospects. It can even help you find a date! A great way of learning to embrace your accent is to talk regularly with other English learners. If you take part in one of our English Online classes, you’ll learn with people from all over the world. A single lesson might include people from Taiwan, Ghana, Mexico, Italy and elsewhere, and you’ll soon discover that the diversity of accents and cultures makes for rich and interesting sessions. So why not sign up for classes today? You’ll quickly discover that your accent, history and culture are an asset – and you’ll improve your English language skills too.