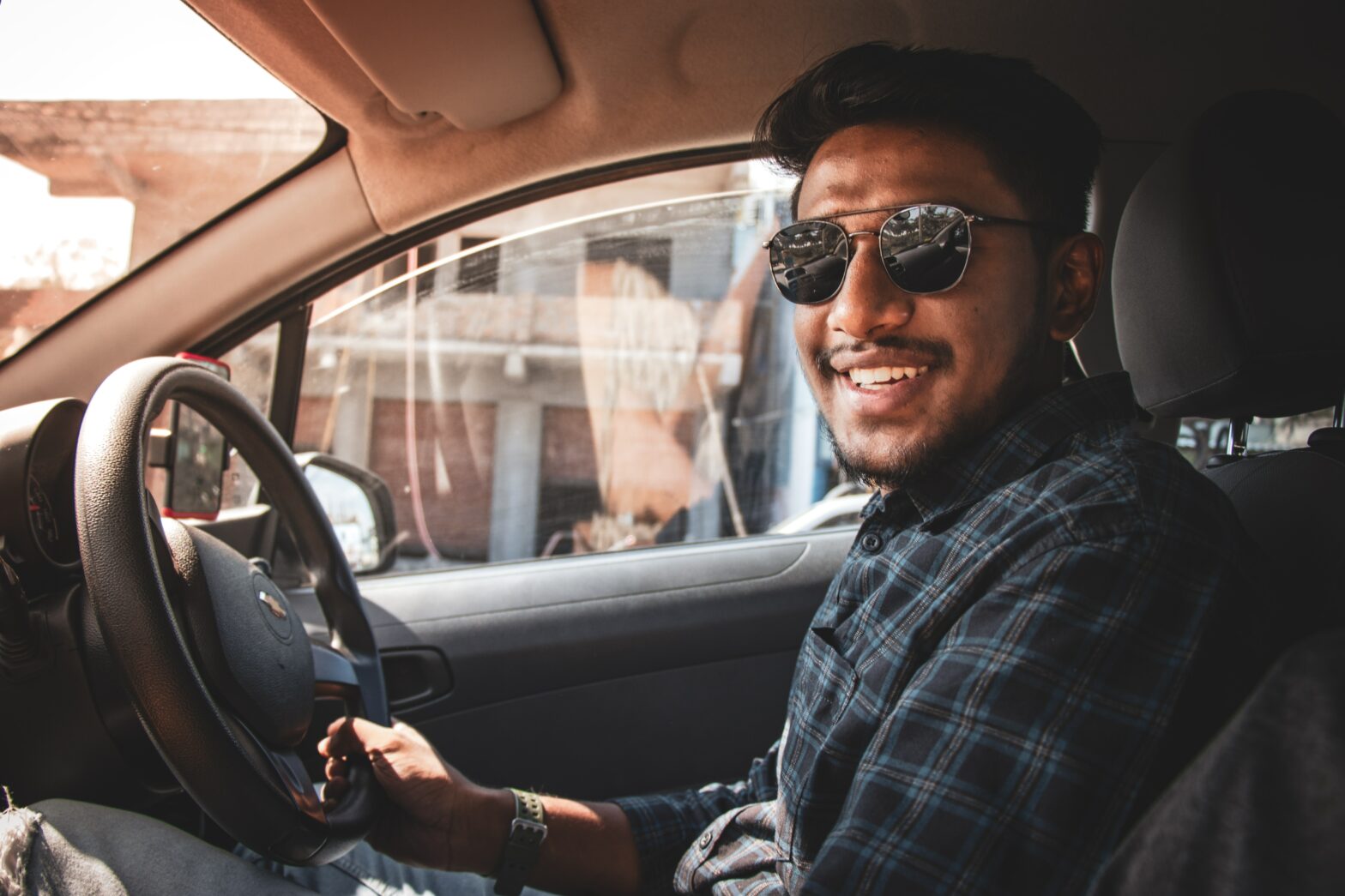 Whether we’re driving for pleasure, or just to get from A to B, we spend quite a lot of time behind the wheel, so in this blog I’m going to look at some expressions and idioms we use in British English to talk about driving.

There is a mantra we all learn from our driving instructors ‘Mirror Signal Manoeuvre’, so before you pull out of anywhere you need to ‘check your mirrors’ – which means looking in the rear view and wing mirrors for any dangers. “She didn’t check her mirrors before she reversed, so she hit the lamppost”

Putting your foot on the accelerator while you are in neutral (not in gear) will cause your engine to rev. Engine revving is usually associated with ‘boy racers’ trying to be the fastest to pull away from the traffic lights: “Why is that idiot revving his engine??!! We’re in a 30 zone anyway.” The opposite, being in a high gear at low revs, will cause your engine to stall, which can be quite embarrassing: “I stalled in the middle of a busy junction, the guy behind me was leaning on his horn, it was awful”.

4. Take the back streets/Take the B roads

Most towns and cities have problems with heavy traffic, particularly during rush hour, when people are heading to and from work. To avoid getting stuck in traffic, drivers who know a city well will often take the back streets to avoid jams and busy junctions. This is a good idea, as long as you don’t get lost, or stuck in a confusing one-way system. Similarly, if you want to avoid motorway traffic, you can take the B roads – or smaller roads that go through towns – this can also be called taking the scenic route.

Most motorways have three lanes – the first lane, inside or slow lane, and two overtaking lanes, otherwise known as the middle lane and the fast lane. If you stay in the middle lane, even when you are not overtaking, you may be accused of hogging the middle lane. This can make other drivers quite angry and cause them to try and undertake you by passing you on the inside lane, despite the fact that undertaking is obviously far more dangerous than middle lane hogging.

Another example of poor driving is cutting someone up. This refers to changing lanes directly in front of another car, usually meaning the car behind has to slow down in order avoid a collision. This can happen on motorways, and also on roundabouts or any dual carriageway. “Did you see that guy? He totally cut me up, I really had to slam on the breaks!”

In the UK the traffic lights go from red to amber and red to green, and then from green to amber to red. As the lights turn amber drivers are supposed to take this signal to slow down and stop; some drivers, however, will do the opposite and speed up to try and get through the lights before they turn red. This is known as running the lights. If the light has actually turned red, then they’re running a red light – this is risky these days as many junctions have cameras and running a red light can land you with a fine!

Yet another example of poor driving practice is tailgating. Very simply, this means driving too close to the car in front, leaving very little breaking distance. Tailgating can easily result in rear-ending, where the car behind hits the back of the car in front. “I got rear-ended by this woman who had been tailgating me all through town, I was so annoyed!”

All of this bad behaviour – and we haven’t even mentioned speeding! – might lead to getting stopped by the police, this is usually referred to as being, or getting, pulled over. “I was pulled over last night when I was driving home, they wanted to breathalyse me. I thought I’d done something wrong, but it turns out they were just doing random tests”.

Finally, a couple of expressions related to paying for fuel and parking. These days most petrol stations will give you the option to ‘pay at pump’, rather than going to the cashier. Likewise, on-street parking or car parks might have signs telling you to ‘pay at meter’, in towns and cities, most on-street parking on main roads is metered, so make sure you have a look for these signs, otherwise you might end up with a dreaded parking ticket.

I hope I haven’t put you off driving in the UK – British drivers are quite well-behaved on the whole! But at least you now you have lots of expressions to complain about bad driving if you do happen to come across it on the roads!